That’s right, everyone’s favorite part about Sunday is back! It’s Vintage Crush time! For those of you just joining us, I suggest you take a look here, here, and here to get a feel for what this is all about. This is where I take the time to talk about some older guys that I feel are deserving of a little bit of crushitude.

This week, I gift you all with Vintage Al Pacino.

A while back I went on a bender of old Al Pacino films. Can we just talk about how good Dog Day Afternoon and Serpico are? Those are some quality films. His a little man, but packs a lot of punch and has the kind of charismatic energy that I love in a person. I have to say that my Vintage Crush on Pacino is fairly recent, it developed in the past handful of years (unlike my crush on Van Damme which has followed me from childhood). Now that I’m a mature, adult woman, a self-assured man like Pacino is very attractive. Back in the day he had it going on. Style, personality, talent, everything. These are the kind of qualities that I think actors of this generation are slightly lacking in. There’s the odd few, but it definitely existed more in the 70s. 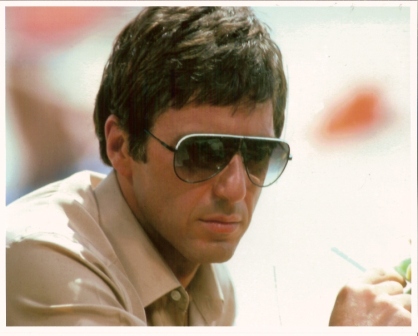 Men, take note: This is how wear sunglasses.

Some basics according to IMDB:

Films/Television: He’s acted in 49 titles, produced and directed 3, and written 2.

…and if I had a time machine, you can bet I would be all over Pacino. But I did have the misfortune of seeing Righteous Kill (they can’t all be winners, I know). He’s also sort of taken a turn for the troll. He might also be indulging a little too freely in the self-tanner. Also, he looks slightly crazy. But! Set that time machine to 1974 and I’ll in line with the all the other groupies.

Here’s a few more pictures for the road. These are from Serpico. When he looked super hot. Hipster-looking guys in the 70’s were definitely not as gross as they are now.