The Best or Worst News of the Day

Depending on which side of the sexuality spectrum you fall on, the following piece of news will either be the best or worst thing you’ll hear on Valentine’s Day. 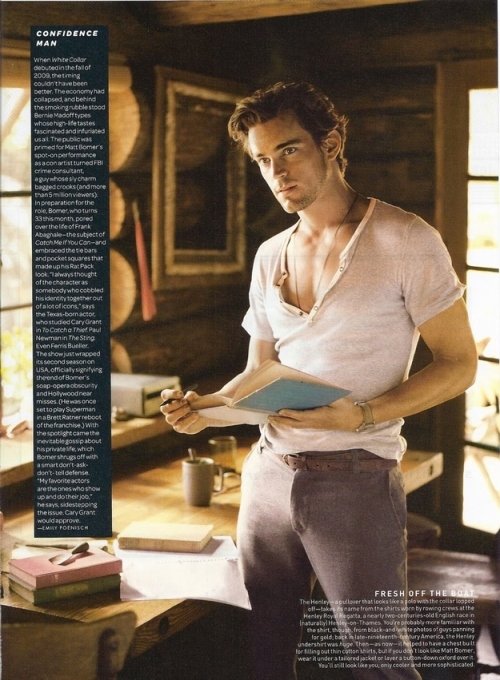 America’s and arguably the world’s most handsome television actor, Matt Bomer, is gay. Straight ladies, I’ll give you a moment to get some tissues to dry your eyes with. Gay men, you can just settle down, we don’t need you rubbing this one in our faces. I’m having a lame enough week as it is!

On Saturday when Bomer was accepting a Steve Chase Humanitarian Award for the Desert AIDs Project he thanked Simon and his three children from the stage.

Obviously he wasn’t that in the closet considering he has three kids with his partner Simon. This is just one less celebrity that I stand a chance with you guys. I mean, I’m becoming more practical in my old age when it comes to celebrity crushes; I barely have the energy to get emotionally involved if i know they are dating someone or married. But gay? Pining after a gay guy just makes me look delusional! And that’s no good.

I’m this close to pulling a “Just One of the Guys.” Well, if he breaks up with his man. I don’t want to be a beef thief.

So, gay men, you win this round! But we still have Ryan Gosling. And you are sorely mistaken if you think I’m going to let that happen. You will have to pry him from my cold, dead, hands.

3 Comments to “The Best or Worst News of the Day”